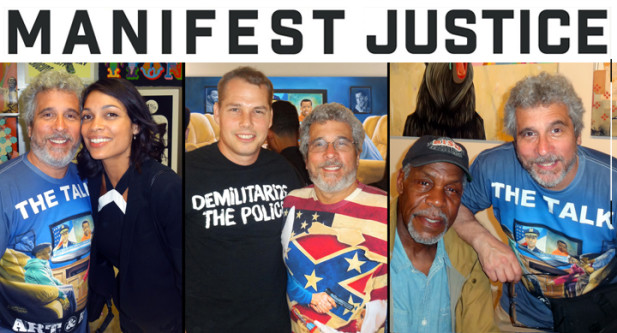 Michael’s “The Talk” was chosen by a panel including John Legend and Russell Simmons to represent institutional racism at the Manifest Justice exhibition in L.A. Manifest Justice presented Sybrina Fulton, the mother of Trayvon Martin with a large giclee of “The Talk” following her speech. The event focuses on racial justice, economic justice, police brutality, mass incarceration and more. It runs from May 1-10 in Los Angeles. 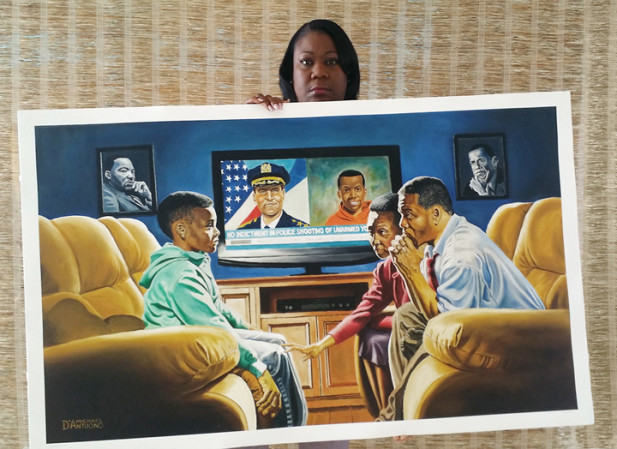 Trayvon Martin’s mother, Sybrina Fulton with her giclee of Michael D’Antuono’s “The Talk.”

Below are links to some of the press about the event: