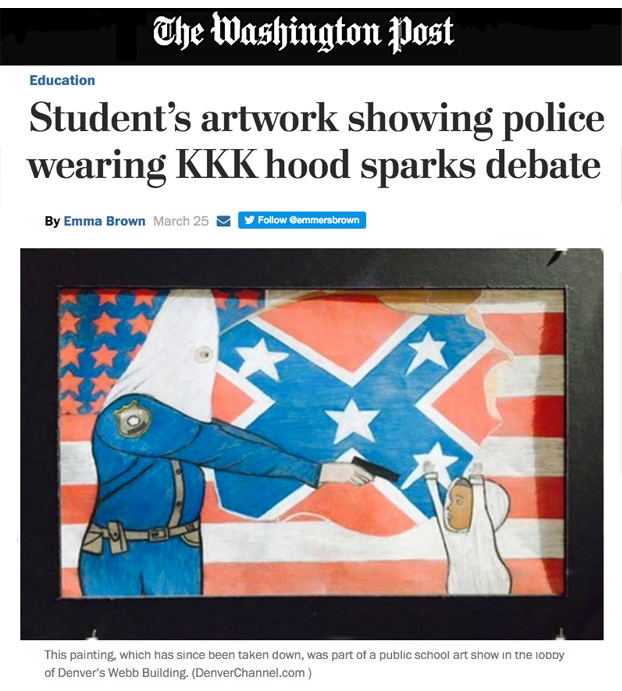 This painting, which has since been taken down, was part of a public school art show in the lobby of Denver’s Webb Building. (DenverChannel.com )

A Denver high school student was assigned to research a work of art by one of the masters and then reinterpret it for modern times. What emerged was a provocative image and a real-life lesson in the power of art.

The image speaks to the nation’s painful history of slavery, racism and police brutality: A police officer, wearing a Ku Klux Klan hood, points a gun at a child of color, while in the background the Confederate battle flag overtakes the flag of the United States of America.

It was hung inside a Denver municipal building as part of a display of student artwork, sparking backlash from police union officials who demanded Mayor Michael Hancock (D) take it down.

END_OF_DOCUMENT_TOKEN_TO_BE_REPLACED 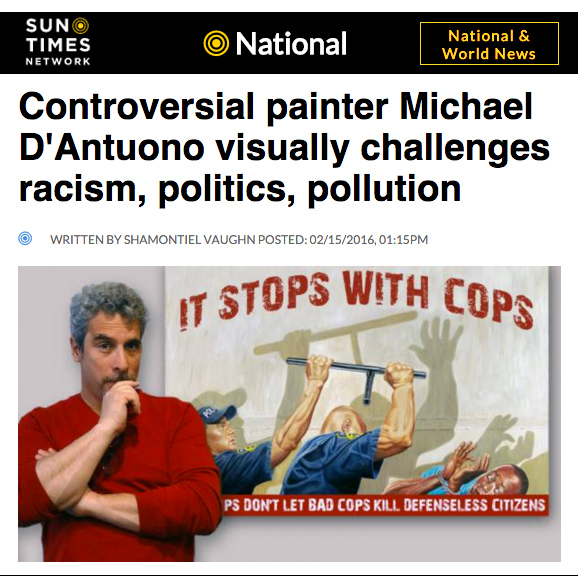 END_OF_DOCUMENT_TOKEN_TO_BE_REPLACED

“I didn’t know teaching was a crime” 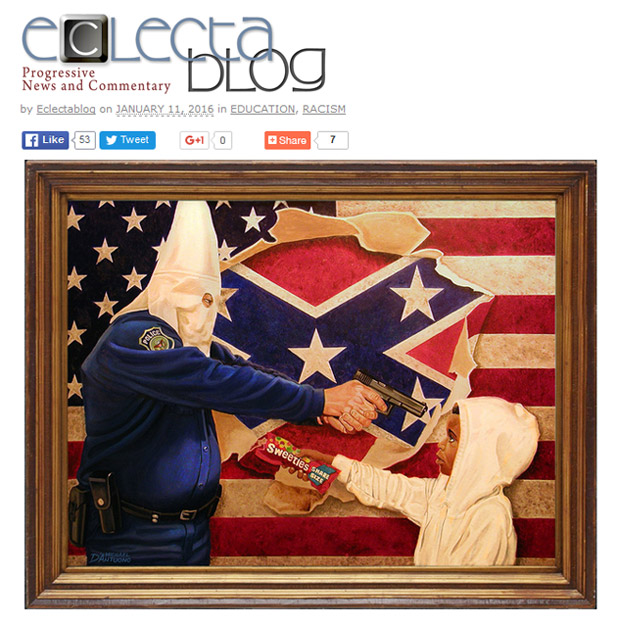 For a recent final exam, Nevada high school teacher Elizabeth Clausen showed her students this provocative painting by artist Michael D’Antuono and asked them to use critical thinking skills to form an opinion about how the art represents American society and our country’s history. A handful of parents were outraged and now Clausen is on temporary leave and may lose her job. Some of her students are quite upset about it: END_OF_DOCUMENT_TOKEN_TO_BE_REPLACED

Comments Off on “I didn’t know teaching was a crime” | Filed under: Press |

Parents outraged after students asked to participate in controversial assignment

DAYTON, Nev.  — One Nevada high school is prompting an apology from the school district after parents were upset their children were asked to view a controversial image for a writing assignment.

The painting used for the assignment is entitled, “A Tale of Two Hoodies.” The artist, Michael D’Antuono, claims to be one of the most controversial artist in the world.
Workman believes the teacher was attempting to provoke students to pick a side and make an argument.  END_OF_DOCUMENT_TOKEN_TO_BE_REPLACED

Comments Off on Parents outraged after students asked to participate in controversial assignment | Filed under: Press | 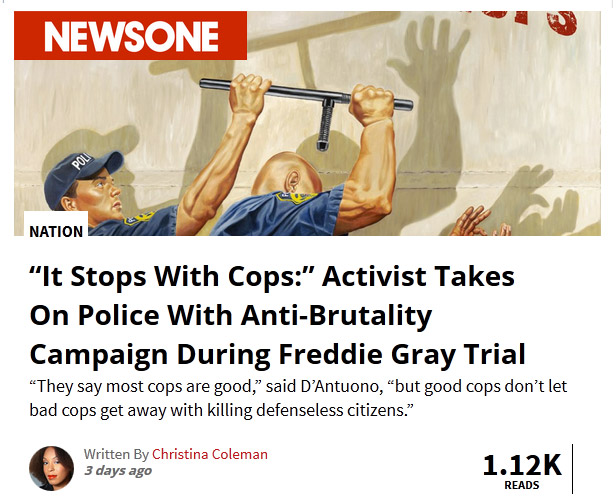 An artist and activist known for visually beautiful and harrowing pieces that question the status quo is taking to the Baltimore streets to challenge police officers to “restore the trust of their communities.”

Michael D’Antuono — whose controversial A Tale Of Two Hoodies, inspired by the racial profiling that led to Trayvon Martin’s death, went viral — is back with his latest painting, It Stops With Cops. END_OF_DOCUMENT_TOKEN_TO_BE_REPLACED

Comments Off on NewsOne | Filed under: Press | 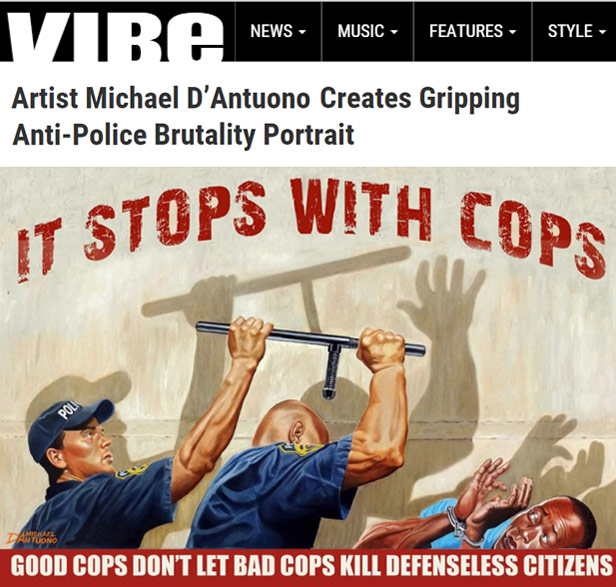 As America continues to grapple with its ongoing racial tensions, artists from all genres have expressed their their individual angst with the constant police brutality happening in predominately black and brown communities across the country.  END_OF_DOCUMENT_TOKEN_TO_BE_REPLACED

Comments Off on VIBE | Filed under: Press |
« Older Entries

Warning: A non-numeric value encountered in /home/artandre/public_html/wp-content/themes/artandresponse/category-press.php on line 51