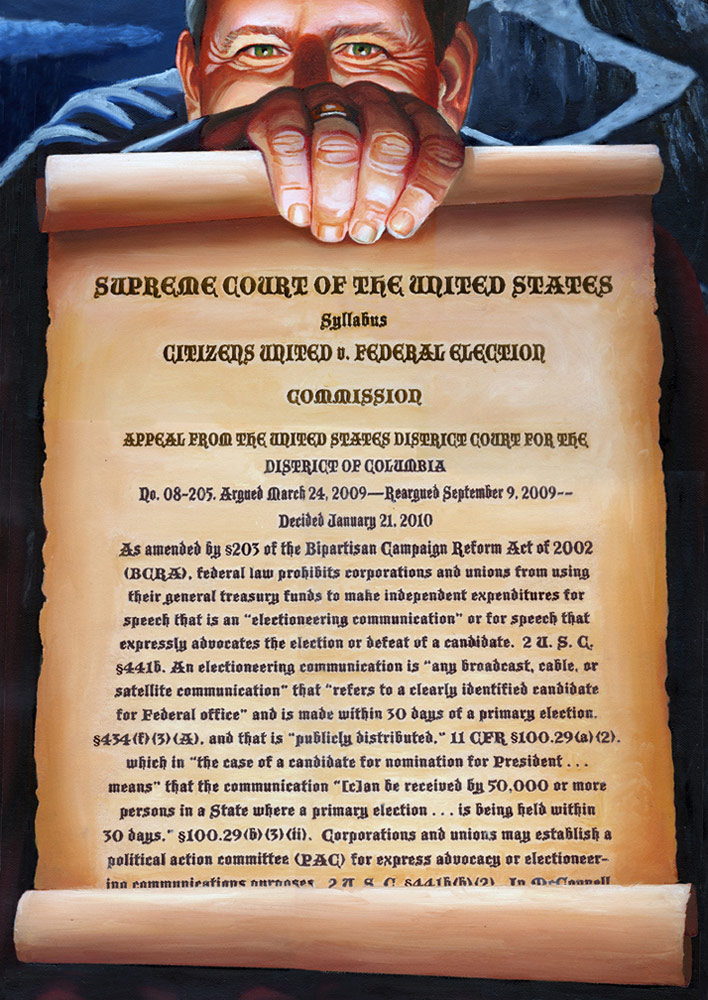 On January 21, 2010 the Supreme Court overturned century-old restrictions on corporations, unions and other interest groups from using their vast treasuries to advocate for a specific candidate. The five conservative members of the Court ruled corporations have the same First Amendment rights as individuals. Justice John Paul Stevens described the decision as “A radical departure in the law, the ruling threatens to undermine the integrity of elected institutions across the nation.” Wrote Stevens, “It will undoubtedly cripple the ability of ordinary citizens, Congress, and the States to adopt even limited measures to protect against corporate domination of the electoral process.” President Obama called it “a major victory for big oil, Wall Street banks, health insurance companies and the other powerful interests that marshal their power every day in Washington to drown out the voices of everyday Americans.”