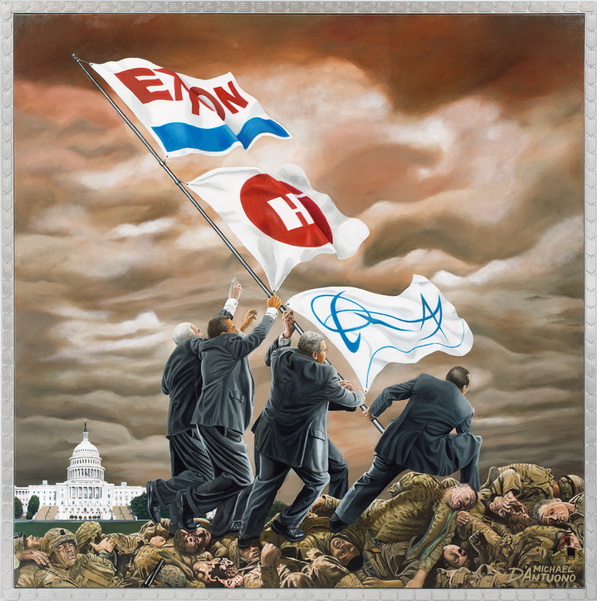 After 911, we waged the “War On Terror” by attacking a country that had no responsibility for the attack. A dozen years, thousands of lives and trillions of dollars later we are about to escalate our military involvement in the Middle East to thwart a group of terrorists we basically created. This painting questions why we stay mired down in a self perpetuating war. To protect our country or to protect certain corporation’s profits? The frame of this painting is comprised of the dog tags of over two hundred American soldiers who died in Iraq before reaching the legal drinking age.