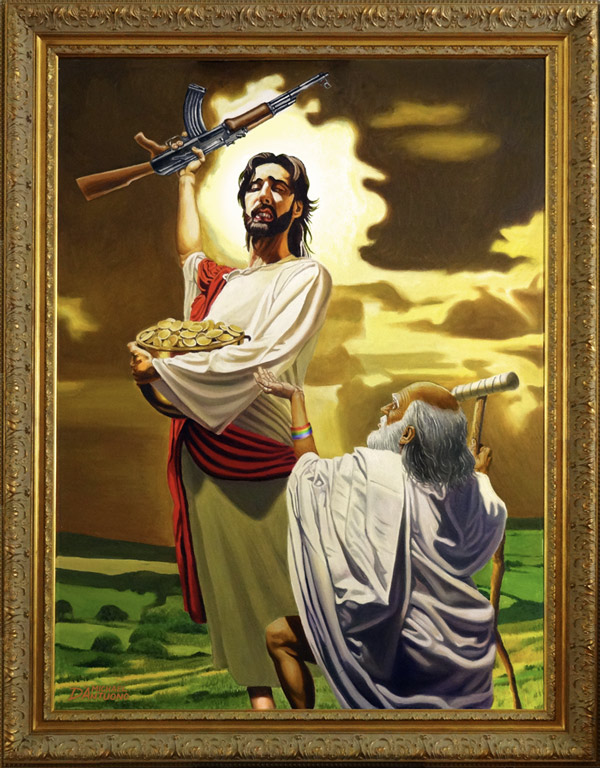 30″ x 40″ | oil on canvas
The Conservative Christ symbolizes the sanctimony of the religious right. They proclaim the Republican party as “God’s party.” This painting questions if the conservative agenda is at odds with the teachings of Jesus. Christ said “Give to him who asks you, and from him who wants to borrow from you do not turn away” and “Judge not, that you be not judged”3. “Heal the sick, cleanse the lepers, raise the dead, cast out demons. Freely you have received, freely give.” Compare these quotes with the conservative stance on entitlements, gay marriage, immigration, healthcare, and gun control. Ask yourself, “how would Jesus vote on these issues?”