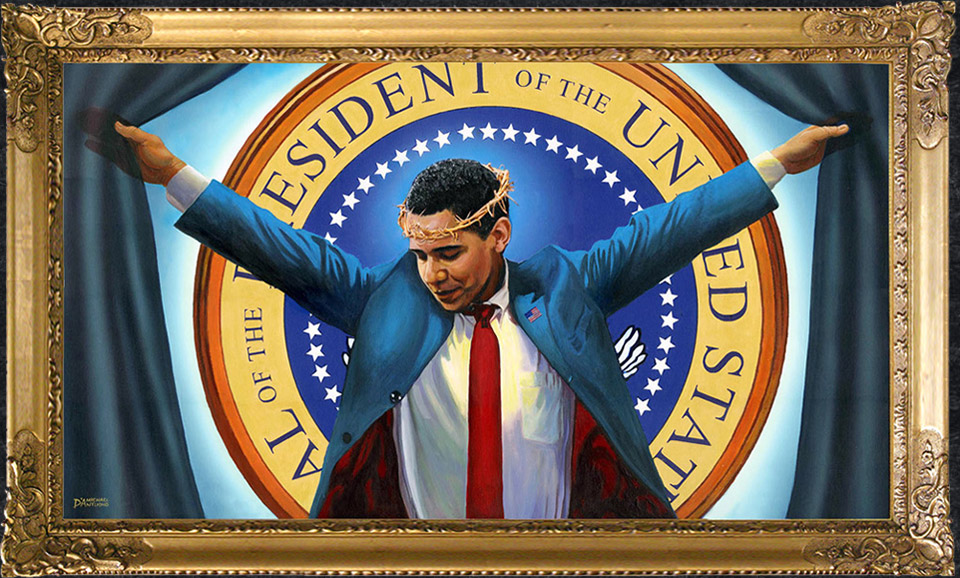 This painting of President Obama crucified was inspired by watching conflicting reports on the different cable newscasts and the effect on their viewers. This painting made point that peoples’ perceptions are distorted though their political lenses by the drastically different interpretations of the piece. Millions of people around the world theorized about the meaning of it. Some thought it was comparing President Obama to Christ, others saw it as satire and some came closer to the truth. What you see in this painting will be a reflection of your own partisan view and that is precisely the point.