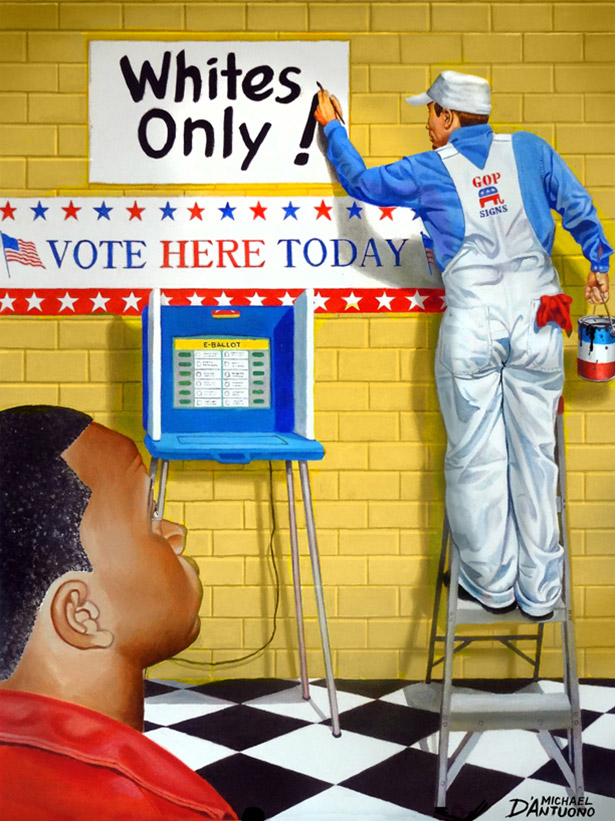 Sadly voter suppression, not voter fraud as the real deception concerning elections. The Supreme Court struck down the voting rights act of 1965, allowing certain southern states with a history of discrimination to once again create barriers for racial minorities who want to vote. Under the guise of “voter fraud” (which is a problem that was never proven to exist) many Republican-run states have created new voting laws designed to suppress the minority vote such as limiting acceptable forms of identification, ending opportunities for student voting and reducing hours for early voting. In an effort to win elections, the Republican party have undermined both racial equality and democracy.