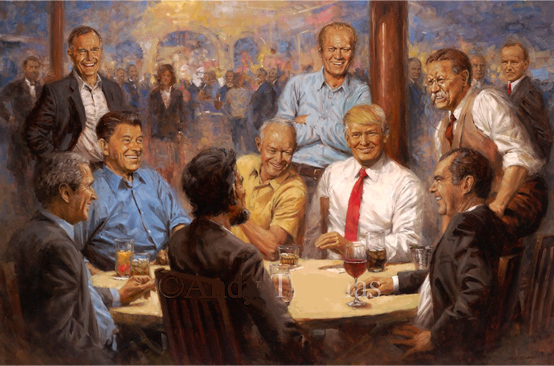 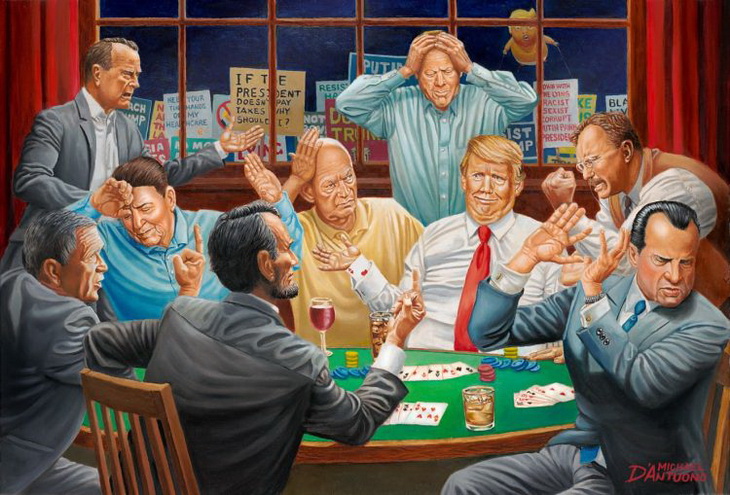 D’Antuono’s version shows Trump facing the wrath of the other presidents for cheating at cards. Protesters stand outside the window, and the Trump baby blimp also makes a subtle appearance. END_OF_DOCUMENT_TOKEN_TO_BE_REPLACED 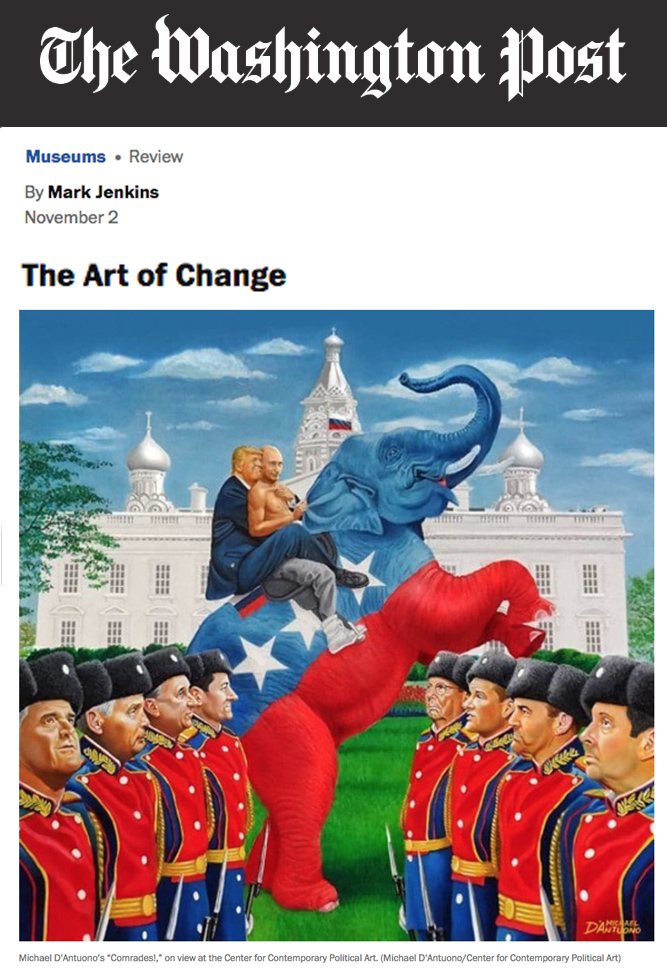 The Art of Change

After Charles Krause opened his gallery in 2011, he mounted shows of ideological and dissident art from earlier eras, much of it related to his former career as a reporter for The Washington Post and other outlets. But current events overtook the venue, recently transformed into the nonprofit Center for Contemporary Political Art. Its first exhibition, “Defining the Art of Change in the Age of Trump,” is heavy on breaking news.

Not all the more than 100 artworks directly address the current administration, but the show is not recommended for anyone suffering from Trump fatigue. And skillfully made as they are, such visual polemics probably won’t age well.

Satirical realist painter Michael D’Antuono depicts the presidents of the United States and Russia together on a rearing red, white and blue elephant, flanked by a palace guard of prominent Republicans. George Kennedy parodies Norman Rockwell’s four-freedoms illustration, interjecting Trump and his circle. Patricia Isaza uses real straw for the president’s hair in a fierce sculptural rendering. Kevin Champeny’s Trump portrait is made of hundreds of tiny plastic hands with upturned middle fingers.

Defining the Art of Change in the Age of Trump Through Nov. 14 at the Center for Contemporary Political Art, 916 G St. NW. 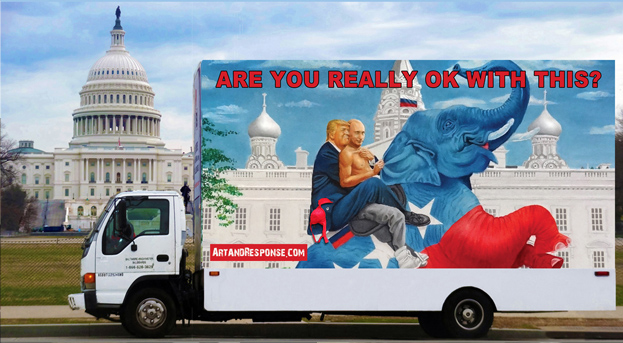 For one week in May, I had three mobile billboards circle the Capitol Building with my art and message to the GOP to put country before party. See the video here. The response was so positive I have created a GoFundMe campaign to take the trucks to other cities around the country.

As you can see from the video, people are upset that the Republicans in DC are ignoring Trump’s impeachable offenses and even obstructing investigation to shield their party leader from justice rather than protect our elections and our democracy from Russia. That same concern is what inspired me to take these trucks to DC. I hope to raise enough funds to take these trucks to swing states before the midterm elections. 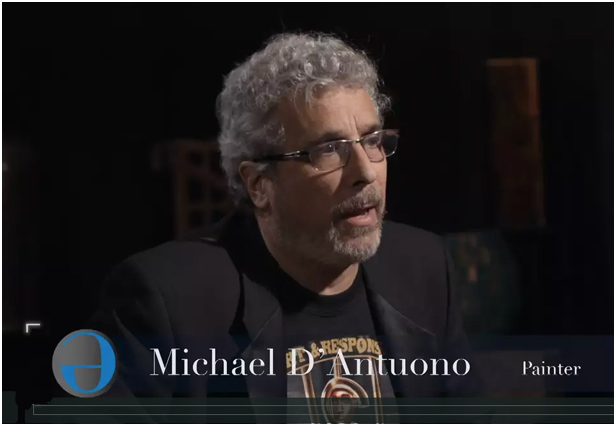 PBS’s Articulate segment, “The Last Refuge”  hails the uncompromisingly dissenting art of Michael D’Antuono and that of two other artists as patriotic. The piece celebrates the importance of the artist’s role in sparking social justice. 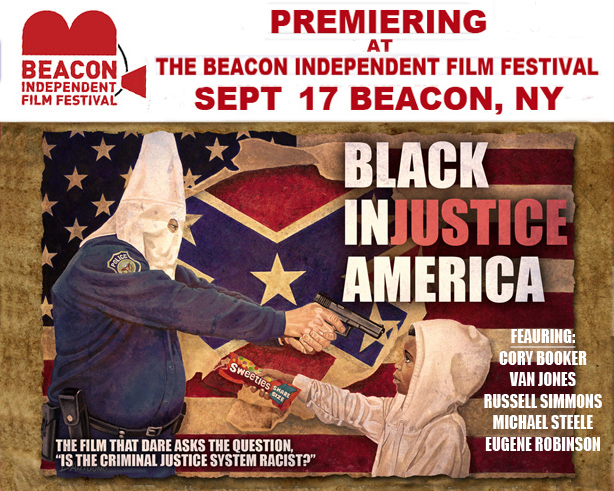 I will be premiering my film, “BLACK INJUSTICE AMERICA” at the 5th Annual Beacon Independent Film Festival on September 17th in Beacon, NY. See the trailer here.

Starting on the 15th, they will screen features, shorts, documentaries and more. Panel discussions, food vendors, green space and activities for kids and adults will make it fun for the whole family. For more information visit http://beaconindiefilmfest.org/.