IT STOPS WITH COPS – Baltimore

Earlier in the week in Baltimore, we had had hired a 17 ft “It Stops With Cops” mobile billboard to go around the courthouse in hopes of convincing Officer Porter to testify all he knew. As the news of the Porter mistrial broke out, throngs of protesters held up “It Stops With Cops” posters and banners as they chanted for justice for Freddie Gray. 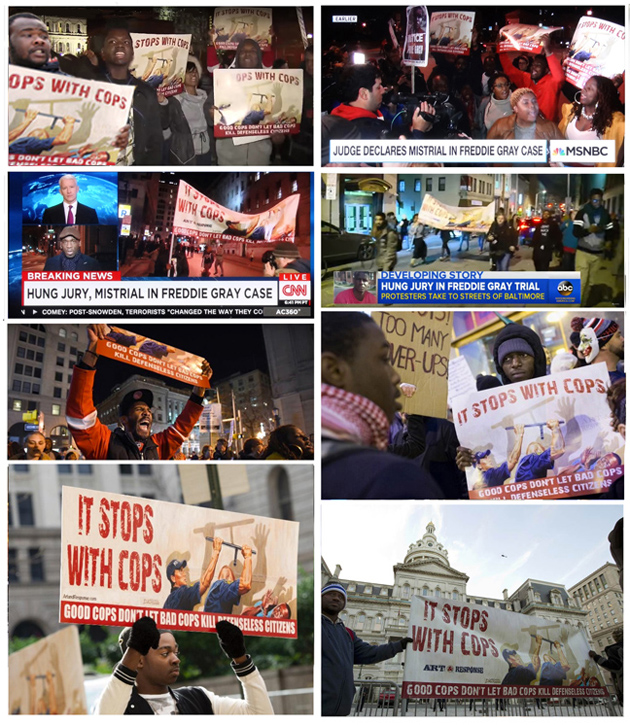 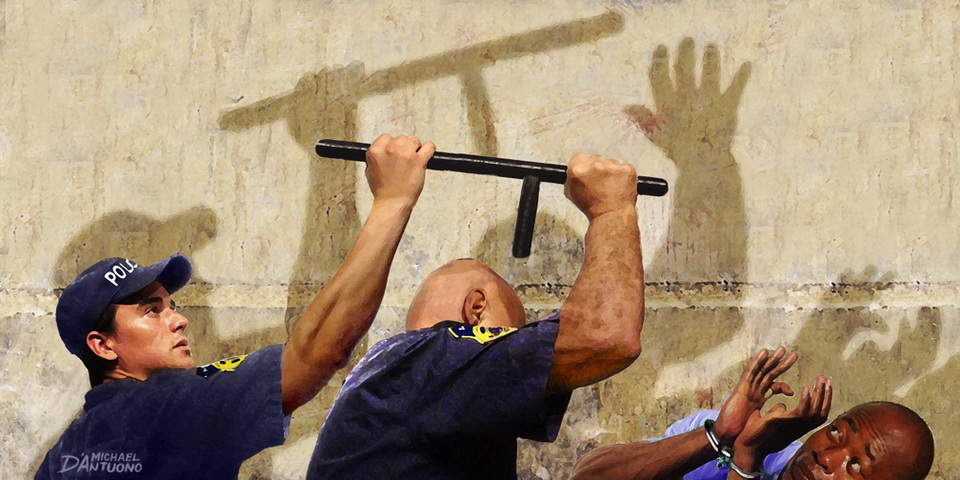