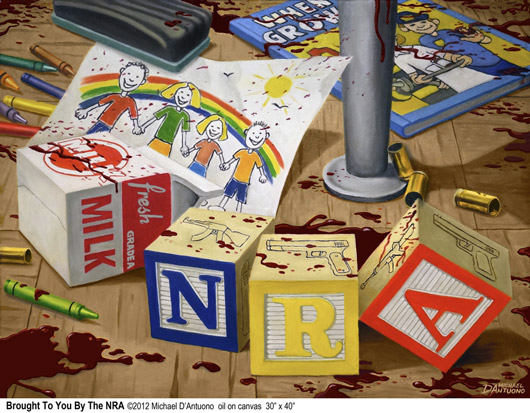 Michael D’Antuono’s latest artwork, called “Brought to You By The NRA,” paints the picture of a children’s classroom covered in blood splatters. END_OF_DOCUMENT_TOKEN_TO_BE_REPLACED